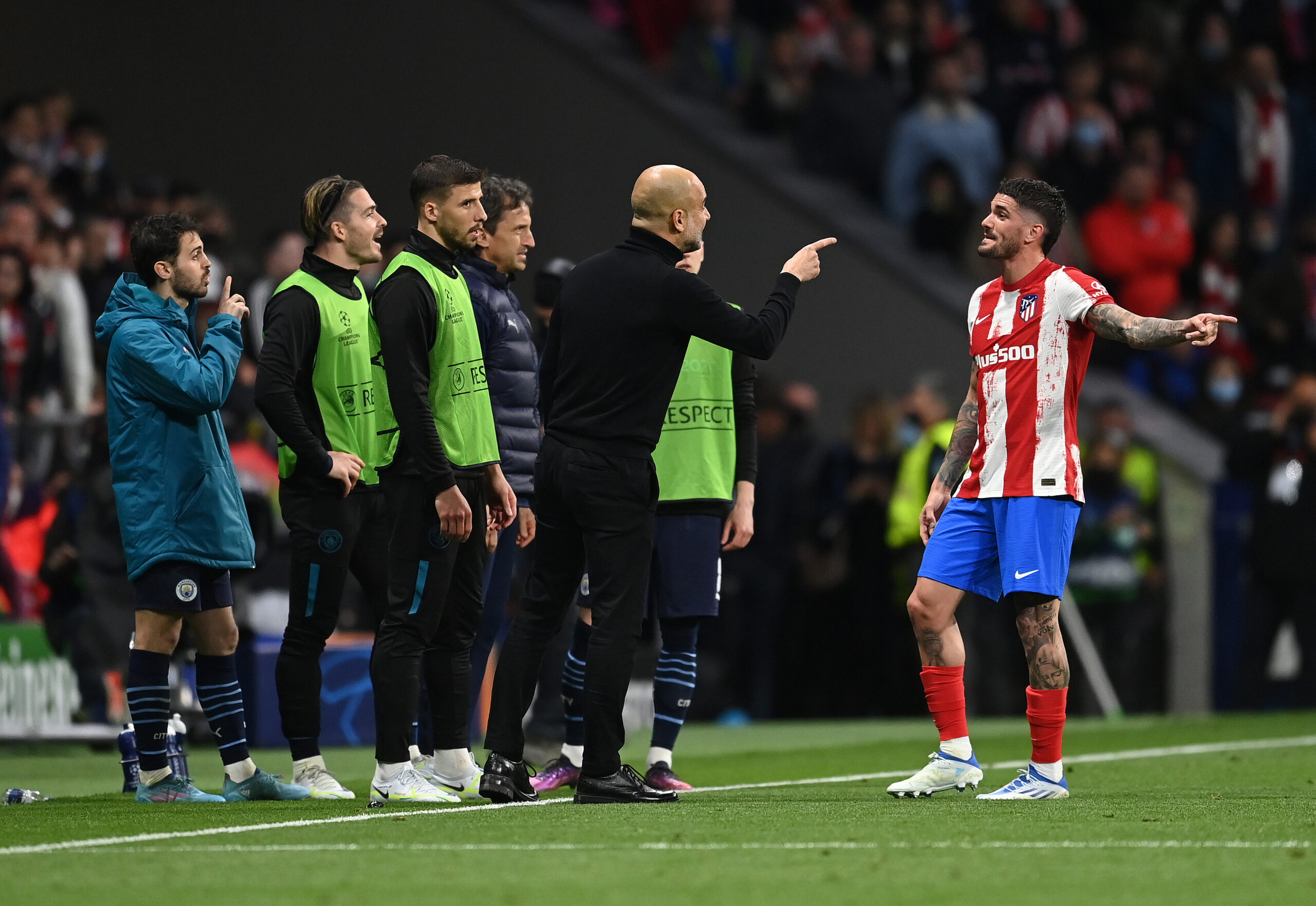 Manchester City survived a frightening Wanda Metropolitano drama to knock Atletico Madrid out of the Champions League quarter-finals over midweek.

Although Diego Simeone’s men were nowhere to be seen near Ederson’s goal in Manchester, things looked quite different in Spain, mainly thanks to the Belgian’s first-leg decider.

Forced to get out of their comfort zone in search of an all-important equaliser, the reigning La Liga holders gave the Cityzens a sizeable headache in Madrid.

The electric atmosphere at the Wanda Metropolitano inspired Los Rojiblancos’ quest to overturn Man City’s slender one-goal advantage but to no avail.

Antoine Griezmann and co discovered their scoring opportunities at a premium, but Angel Correa’s last-ditch attempt to get the tie back to square one almost found its way in.

Guardiola defeated Simeone in his own game as the current Premier League leaders reached back-to-back Champions League semi-finals for the first time in the club’s history.

In the post-match interview, the Spanish manager gave Atletico credit for pushing his team to their limits in the second half of a pulsating second-leg thriller.

“They (Atletico) pushed us a lot, they were excellent (in the) second-half. We forgot to play and we were in big, big trouble. They had chances to score, the second half we had just one,” he said, as relayed by Sports Illustrated.

“The first-half was pretty good. They (Atletico) came out aggressively, we had one or two clear chances. In the second-half of the second-leg, they were much better but at the same time – we defended with everything.”

However, fatigue could pose a problem for Man City’s bid to overcome Liverpool in their upcoming FA Cup semi-final tie at Wembley Stadium.

Both FA Cup matches will be available to watch online via soccer streams and if you are in the UK, on BBC One and BBC iPlayer.

Guardiola has developed a habit of leading his Man City side to the FA Cup semi-finals, as this will be their fifth appearance at this stage of the competition in his sixth year in charge.

After suffering defeats in three of his four previous attempts to reach the showpiece event, the Spaniard will be motivated to crush Liverpool’s quadruple dreams.

The Cityzens will enter this encounter in high spirits after going unbeaten in their last ten competitive matches (W6, D4), seven of which yielded clean sheets.

After resting several key players during Liverpool’s 3-3 draw with Benfica in midweek Champions League action, Jurgen Klopp will be looking to put his side’s five-game winless H2H streak to bed.

The Merseysiders are enjoying a stellar calendar year in domestic competitions. They have not lost a single match to fellow English rivals in 2022, winning six in a row before last weekend’s 2-2 draw with Man City.

However, Wembley has not been a kind venue for Liverpool by any stretch of the imagination, with the Reds winning just two of their last eight visits here.

Despite the Cityzens’ utmost attempts to lure the England captain away from London, Spurs bigwig Daniel Levy has eventually managed to fend the reigning champions off.

Even without an out-and-out striker in their ranks, Guardiola’s men have continued to tear defences in Europe and England apart this season, yet the Spaniard remains keen to sign a world-class finisher this summer.

But instead of wasting energy on trying to convince Tottenham to renounce their lethal goal-getter, Man City could shift their attention towards one of Europe’s finest talents.

Who else but Borussia Dortmund’s Erling Haaland.

The Norwegian scoring machine will leave the Bundesliga at the end of the season, with Man City and Real Madrid reportedly going head-to-head to acquire his services.

According to Fabrizio Romano, the Premier League heavyweights have already opened talks for Haaland as Guardiola ‘wants him at all costs.’

The 21-year-old will be available for €80m when his release clause comes into effect, with the Cityzens reluctant to pass on such a massive opportunity to settle their attack for years to come.