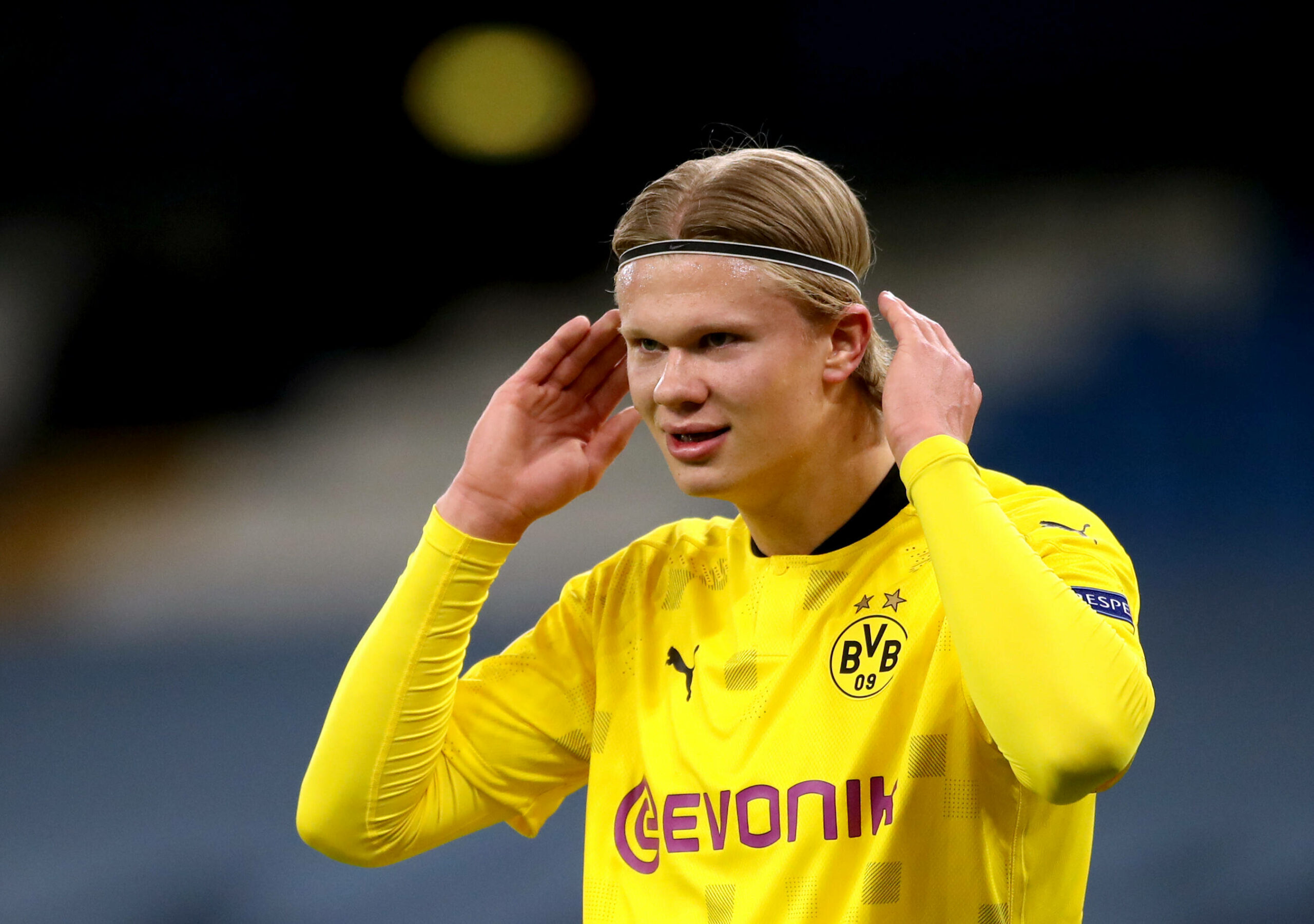 Erling Braut Halland has become one of the most-talked-about players ahead of the upcoming transfer window.

Manchester United, Manchester City, Real Madrid and Barcelona are some of the big clubs that have shown interest in the Norweigian forward.

Dortmund are expected to ask for around £128 million for Haaland, and with several clubs facing a financial crunch due to the COVID-19 situation, it is expected to be a close battle to sign him.

After Dortmund’s 2-1 defeat to Manchester City in the Champions League on Tuesday, an incident happened on the field that has left fans convinced that Haaland is moving to Etihad Stadium this summer.

The 20-year-old was spotted speaking to City’s Phil Foden after the match, and the two appeared to share a laugh together.

It must be pointed out that Foden had scored the 90th-minute goal that had earned Pep Guardiola’s side a win.

Seeing Haaland chatting away with Foden set Twitter ablaze, and fans were quick to begin speculating on social media.

Football pundits Gary Lineker and Rio Ferdinand also chatted about what the two players were discussing after the match.

Lineker said on BT Sport: “I wonder what’s been said there… ‘see you next season’?”

A move to City appears to be highly probably for Haaland in the summer, primarily for a couple of reasons.

First and most, City are one of the few clubs who can pay the hefty price and match his salary.

The second reason could be family ties. Alf-Inge Haaland, Erling’s father, made 38 appearances for the club between 2000 and 2003.