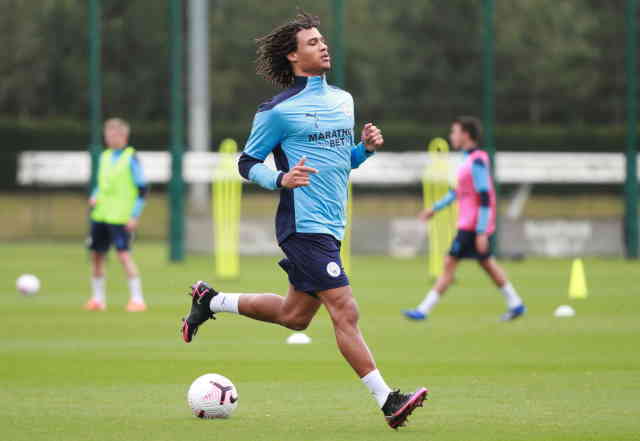 Wolves were 2-0 winners away to Sheffield United last weekend, whilst we weren’t in action due to our participation in the Champions League last month.

Nuno’s side did the double over us last campaign and have added Portuguese striker Fabio Silva from FC Porto, Portuguese midfielder Vitinha on loan from FC Porto and Brazilian left-back Marcal from Lyon to their books this summer.

Pep Guardiola appears happy with his squad as we’ve not made another signing since Nathan Ake’s arrival on 5 August. The Dutch defender joins Ferran Torres as the only new faces at the Etihad this summer.

There have been no updates on the fitness of Bernardo Silva since midweek following his injury with Portugal, whilst the boss has confirmed that Sergio Aguero is out, but Riyad Mahrez is available.

Wolves already have a game under their belt and the only absentee Nuno has heading into the game is left-back Jonny. Marcal made his debut as the left wingback last week.

Raul Jimenez and Roman Saiss both opened their campaign with goals at Bramall Lane and both had further opportunities to add to the scoreline in that game.

However, Nuno started a number of players in their 0-1 loss at home to Stoke City in the EFL Cup on Thursday night that I would expect to face us in this game.

I think we’ll see Fernandinho partnering Nathan Ake on his debut, as Eric Garcia lacks a great deal of experience. Benjamin Mendy must be our first-choice left-back this season with no new additions here.

Rodri will protect that defence with Phil Foden looking to replace the departed David Silva in central midfield alongside Kevin De Bruyne.

I don’t think Ferran Torres will start this one with Riyad Mahrez fit. Bernardo Silva could also start on the right wing if he’s available. The rest of the front three is already set with Raheem Sterling and Gabriel Jesus.

Wolves have a number of options in most positions but I think the goalkeeper and back three are almost certain to start. Ruben Neves missed their Premier League opener but should partner Joao Moutinho versus us.

Raul Jiminez will be the striker but we’ll have to see who supports him in a front three. Adama Traore may be replacing Matt Doherty at right wingback following his move to Tottenham Hotspur. Diogo Jota, Vitinha and Fabio Silva are other options in attack.

6 – Wolves took all six points off of us last season.

Wolves created a number of chances in their win away to Sheffield United and kept a clean sheet. They look very good last season and look to be building on that success further in 2020-21. I am not convinced we’ve upgraded in defence and Aymeric Laporte’s absence in this match will be a big loss.