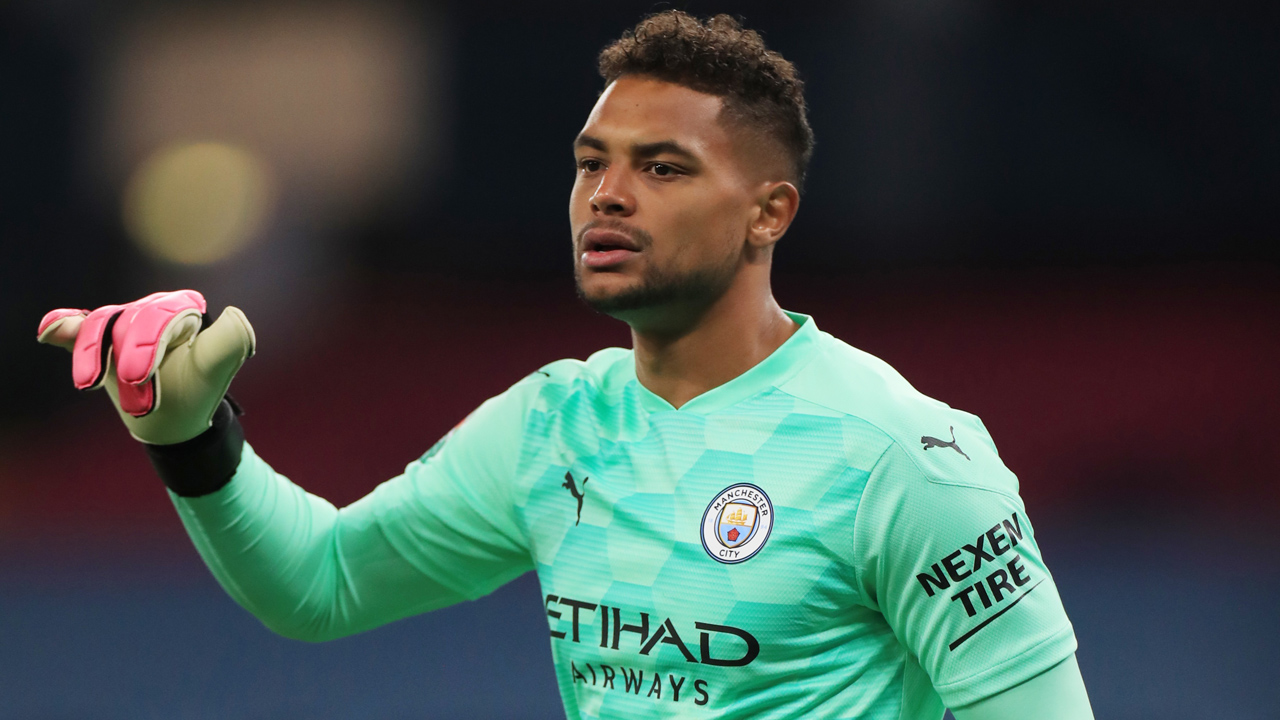 Speaking before the game, he said: “Obviously we all want to play games and we’re competitive, we want to play as many games as I can”.

“I’ve learned a lot from the coaching staff and Eddy and Scott and I still feel like there is a lot for me to learn but I feel like I’ve improved in a decent way since I’ve come here”.

“The goalkeeping staff do a good job of continuing to push the keepers on a daily basis”.

“I remember watching as long as I can remember. Walking out and hearing the song will be a special moment. I’m just looking forward to playing for Man City at the Etihad.”

Steffen is going to start his first game at the UEFA Champions League as City are resting Ederson before Saturday’s big clash against Man United.

This is a big opportunity for the US International to impress the manager. He only played 2 games for City since his return from a loan to Fortuna Dusseldorf.

City play Marseille in the UEFA UCL in the last match of the group stages. This is a dead rubber for City, having already qualified for the knockout stages.

Harwood Bellis opens up on new contract: ‘I’m just grateful to stay’
Rodri absent from training ahead of Marseille clash