Zinchenko to stay at Manchester City but is he good enough? 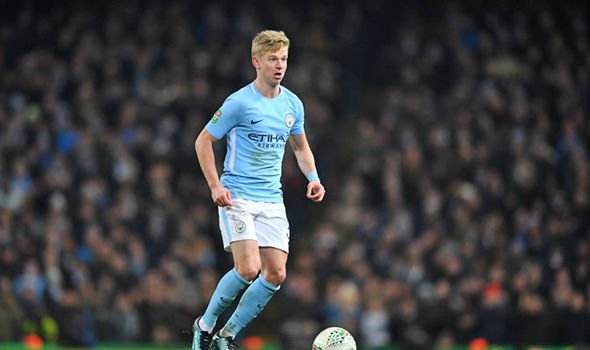 Manchester City midfielder Oleksandr Zinchenko recently revealed his desire to stay at the club despite an offer from Wolverhampton Wanderers being accepted by the Sky Blues this summer. His versatility got him playing time in 2017/18, operating as a makeshift left-back with Benjamin Mendy out injured, but it’s hard to see where he’ll fit into the team when everybody is fit. Nevertheless, he’s determined to stay in Manchester.

“To be honest, I think Manchester City is one of the best teams in the world right now. Everyone dreams of playing here, and that goes for me as well. I try to learn every single day and I’m going to fight here,” he said. “I’m ready for everything because I have to be professional. You don’t know what can happen in the future, but I’m dreaming of staying here. Everyone wants to be part of this team.”

After Chelsea beat City to the signature of Jorginho, manager Pep Guardiola stated his intention to use his midfielders on the bench and fringes of the first-team as cover. That meant the likes of Ilkay Gundogan, Fabian Delph, Claudio Gomes and Zinchenko could play a somewhat important role next season. City reportedly accepted a £16m bid from Wolves for the young midfielder, however, suggesting he’s surplus to requirements.

And with only 14 appearances in all competitions after joining City from Ufa in 2016, the Ukrainian international has a tough task edging his way into the first-team. Zinchenko spent his debut campaign on loan at PSV Eindhoven and was utilised by Guardiola at left wing-back in his second season.  He’s a natural midfielder who can adapt to different roles, but there’s too much competition all over the squad.

The Sky Blues have Kevin de Bruyne and David Silva who are expected to operate in midfield, with Fernandinho anchoring, while Gundogan and Delph are waiting in the wings. In defence, Benjamin Mendy is expected to start the new season at left-back, but Delph provided a useful deputy when called upon.  Danilo has also featured on the left side of the defence.

It’s not a big surprise that Zinchenko wants to stay regardless, as City won the Premier League title with 100 points last season, but he’s unlikely to feature much in their title defence when looking at the players ahead of him in the pecking order. As a tactically-aware 21-year-old, Zinchenko would be a good signing for a lot of clubs, but is he good enough to stay at the Etihad?